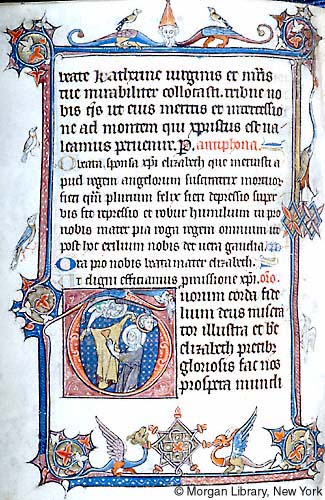 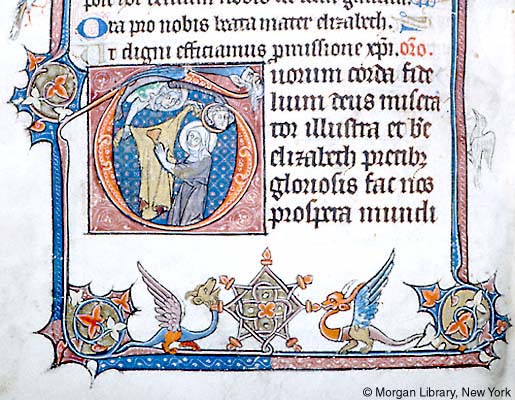 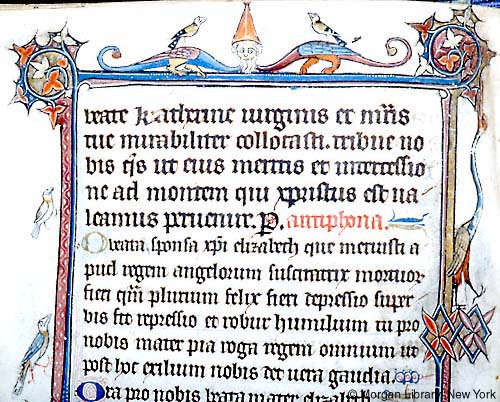 1) Elizabeth of Hungary: Scene, Receiving of Habit -- In initial T decorated with geometric ornament, diapered background and foliate spandrels, and formed by a bearded hybrid man, a nimbed angel descends from clouds above and extends the habit toward the raised hands of kneeling, nimbed Elizabeth of Hungary, wearing a veil and a wimple.
2) Margins - Rectilinear bars decorated with interlace and foliage, and inhabited by four birds including two on a hybrid bishop, wearing a miter, with two bodies, two dragons confronting, and a hybrid.