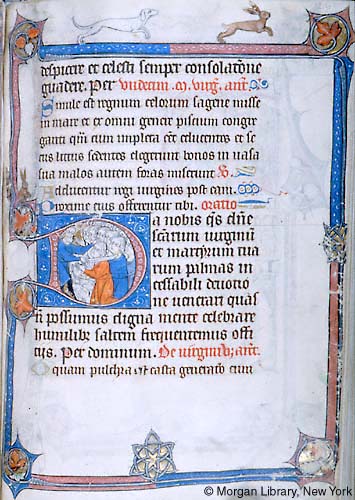 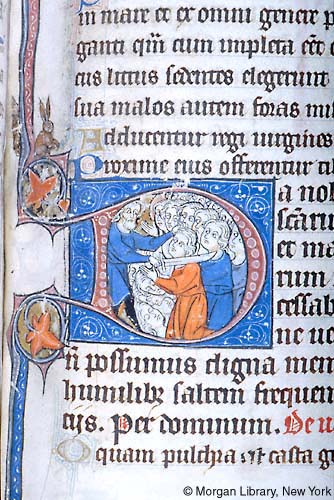 1) Ursula of Cologne: Scene, Massacre of Ursula and Virgins -- In initial D decorated with geometric ornament and foliate spandrels, a male executioner with a sword beheads Ursula of Cologne kneeling with her joined hands raised in prayer, accompanied by many virgins, some with decapitated heads on the ground.
2) Margins - Rectilinear bars decorated with interlace and foliage, and inhabited by a rabbit, and a dog pursuing rabbit.