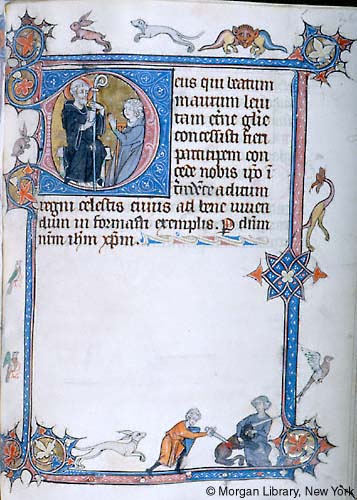 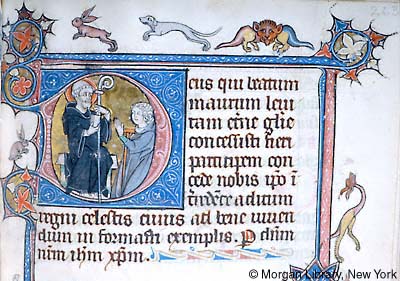 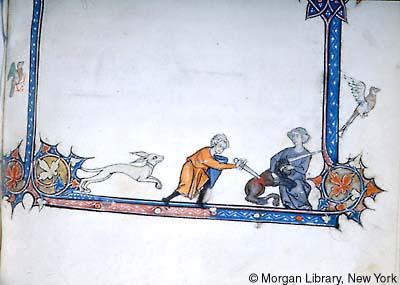 1) Maurus of Glanfeuil -- In initial D decorated with geometric ornament and foliate spandrels, Maurus of Glanfeuil, nimbed, in Benedictine habit, holds a book and abbot's crozier and sits on a bench, beside a youth kneeling with a tau-staff between his joined hands raised in prayer.
2) Margins - Rectilinear bars decorated with interlace and foliage, and inhabited by a dog pursuing a rabbit, a hybrid animal with two bodies, a hybrid animal, a rabbit, three birds including one flying, a youth, with shield, lunging with a sword, stabbing a unicorn held by a maiden, and a running dog.