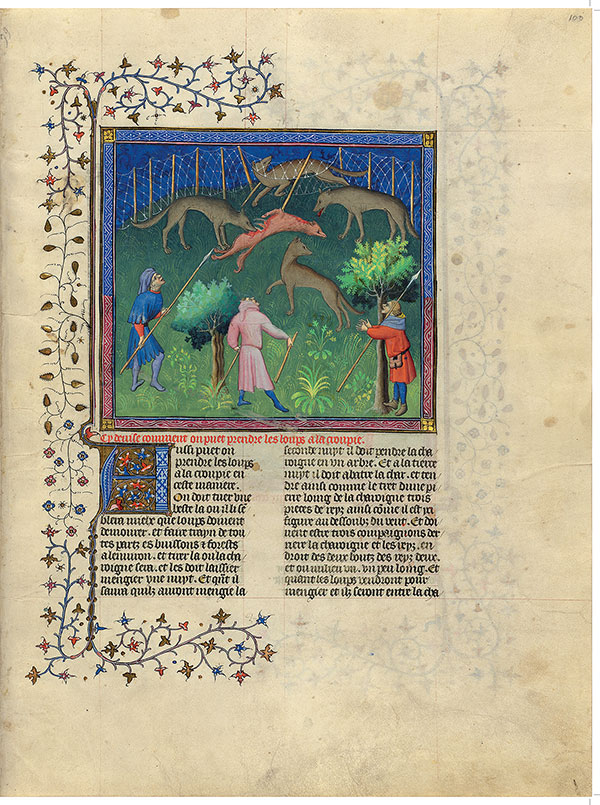 Scene, Sports and Games: Hunting, Wolf -- Of four wolves, one is caught in trap, one feeds off body of dead animal as another wolf approaches and the fourth looks back over right shoulder. Three men, one wearing headgear and one wearing hood, stand in foreground with heads raised and mouths open as though calling out, and one extends both hands as though clapping. Two of the three men hold spears, one holds two rods, and one hides behind tree.
Scene in grassy landscape with trees, against decorated background.
Ornament of rinceaux in margins.