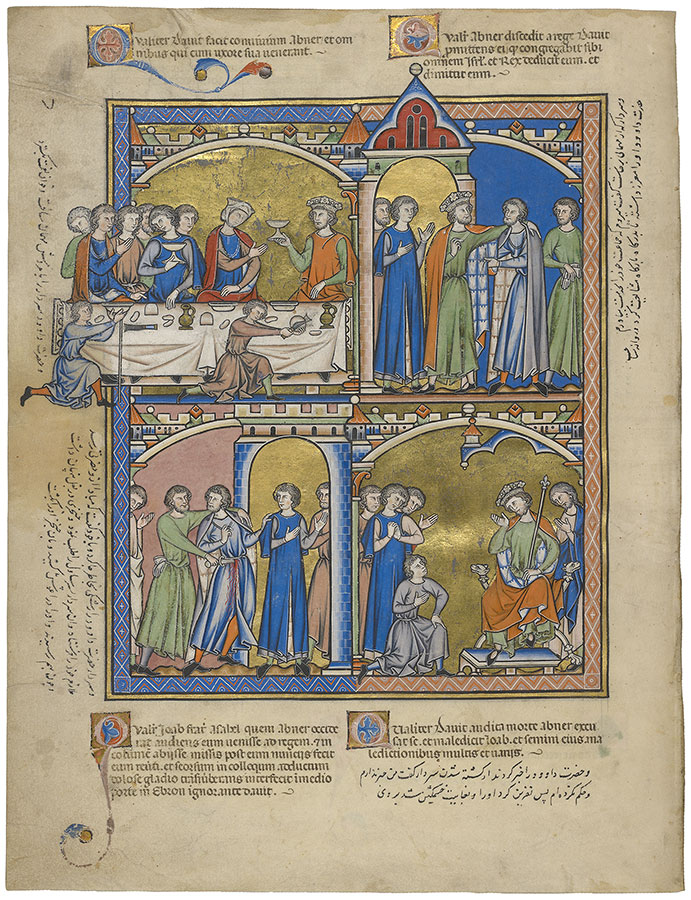 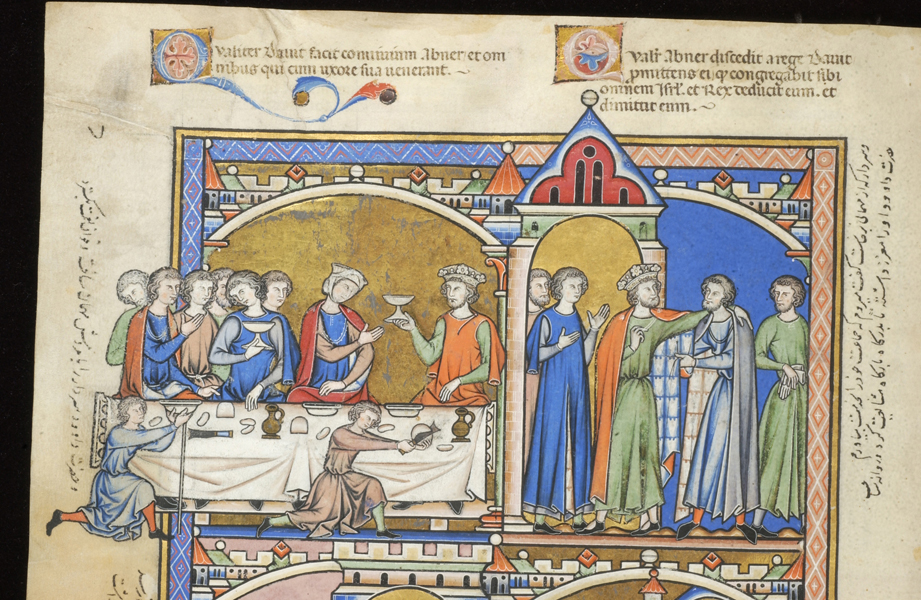 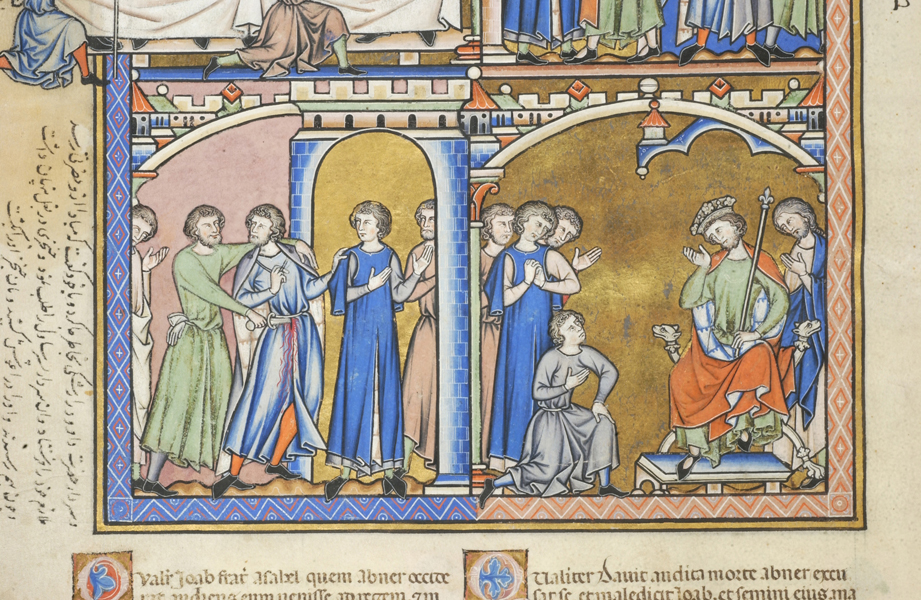 Zone 1:
David: receiving Abner -- Accompanied by five men, Abner holds cup in right hand, and Abigail, wearing berbette, receives cup from right hand of crowned David. All sit at draped table on which are bowls, loaves, and knife. Two servants kneel; one offers bowl, and the other cuts bread with knife.
To right, at portal of building, two men, the foremost with hands raised, attend David, crowned, with his arm about Abner holding David's vair-lined mantle, beside man, possibly Joab. Illustration of II Samuel 3:20-21.
Zone 2:
1) Abner: Death -- Man, with his left hand raised, stands behind Joab with his left arm around shoulders of Abner. He thrusts sword into abdomen of Abner whose left hand is on shoulder of one of two men at portal of building. Illustration of II Samuel 3:27.
2) David: told of Abner's Death -- One of four men clasps his hands, and another kneels before David, crowned, with his right hand raised and fleur-de-lis scepter in left hand. He sits on animal faldstool with footstool, beside man with left hand raised, under canopy. Illustration of II Samuel 3:28-29.
Scenes with architectural frames.