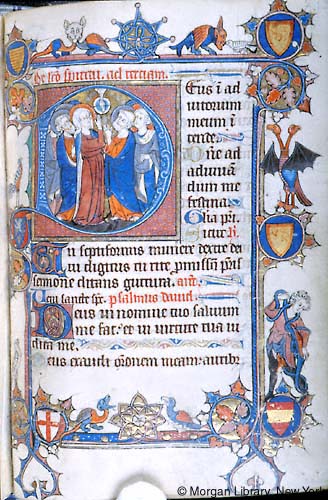 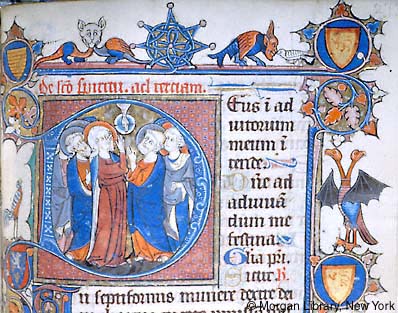 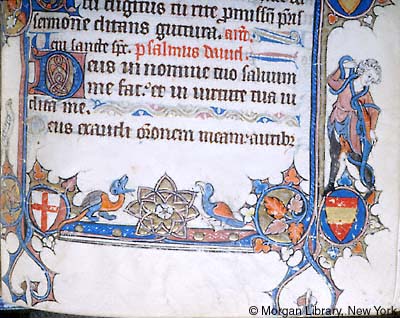 1) Pentecost -- In initial D decorated with geometric ornament and and diapered spandrels, the cross-nimbed dove of Holy Ghost descends between the Virgin Mary, nimbed, veiled, raising her joined hands, and Apostle Peter, nimbed, raising his joined hands, each heading a group of nimbed apostles, including one holding a book in his left hand.
2) Margins - Rectilinear bars decorated with interlace and foliage, enclosing six heraldic shields, including Count of Grandpr³b (one), Moreuil (one), Count of Soissons (two), and Hangest (one), and inhabited by a hybrid animal with two bodies, a hybrid fish confronting a bird, an eagle with two heads and bat's wings, a man entwined by serpent biting his genitals (suggesting Personification of Lust), a hybrid animal confronting a bird, and two birds.