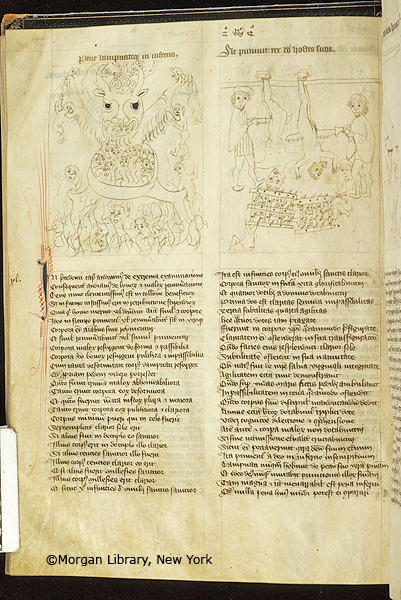 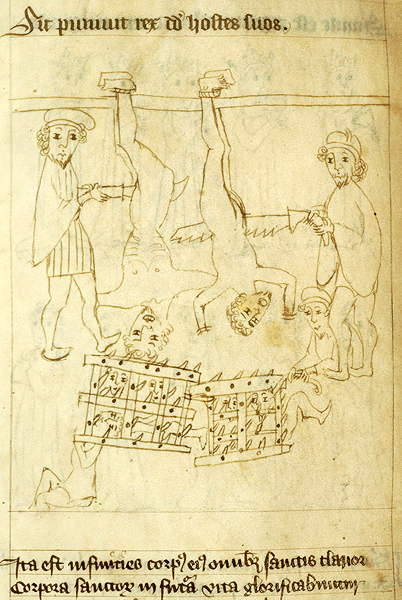 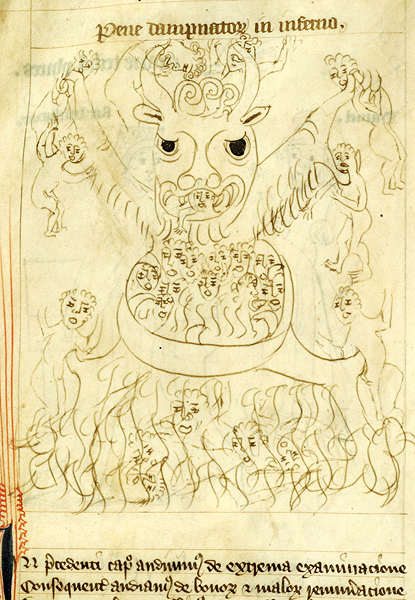 Left column:
Large devil, souls impaled on claws on arms and legs, in his open mouth and in his open abdomen stands amid flames and other souls.
Caption, PENE DAMPNATOR(UM) IN INFERNO, is inscribed above scene.
Right column:
David: spoiling Rabbah -- Man, wearing hat, cuts in half one of two men hanging by their feet from pole. A second man, wearing hat, saws in half the other man hanging by his feet, his hands also cut off. Below are two openwork boxes with spikes in which are visible heads and limbs, and from which torso and legs protrude. Man on right holds rope attached to one of the boxes.
Caption, SIC PUNUIT REX D(AUI)D HOSTES SUOS, is inscribed above scene.
Text reference, SECUNDO REG(IS) DUODECIMO, is in upper margin.