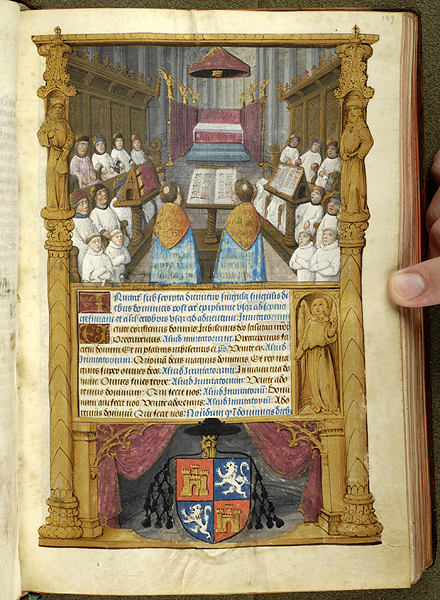 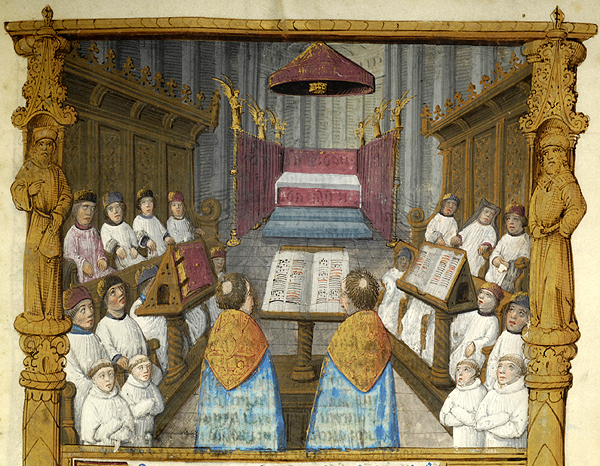 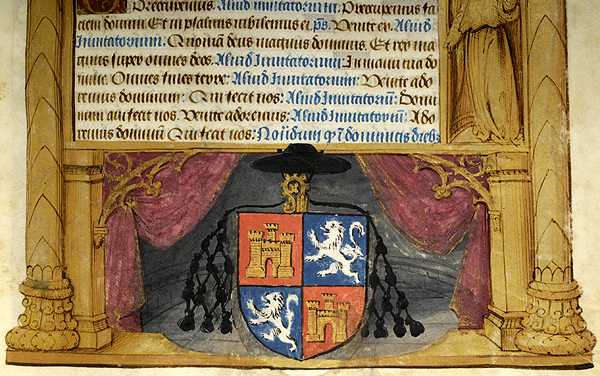 Miniature: Scene, Liturgical -- Two clerics, tonsured, wearing copes, back-turned, stand before lectern on which is open book with musical notation and text, all illegible. They are flanked by four acolytes, tonsured, with arms crossed, and by two rows of choirstalls. Clerics, wearing hats, one wearing almuce, are seated in the stalls. Books, one open, are on lecterns in front of each side of the stalls. In background, draped altar is flanked by side curtains, atop which are six statues of angels; canopy with lamp (?) hangs above the altar. Scene in church with apse behind the altar. Lower margin: In lower margin, escutcheon decorated with heraldry of Guy de Castelnau-Bretenoux (quarterly 1 and 4 gules a castle with 3 towers; 2 and 3 azure a lion argent) surmounted by a black papal prothonotary’s hat from which hang tassels. Crozier behind the escutcheon. All flanked by curtains. All enclosed by camaieu architectural frame of two decorated columns supporting lintel. In niche to right of text, angel raising left hand. In niches at top of the columns, statues of men wearing hats, one gesturing with right hand, with purse at waist, the other grasping girdle with right hand. Text is series of Invitatories to be used on Sundays after the octave of Epiphany up to Septuagesima, and from October to Advent.