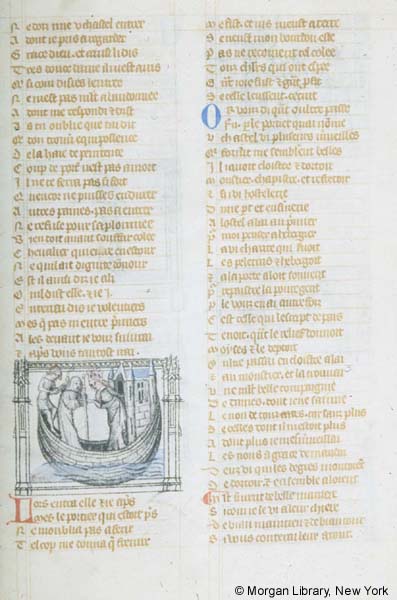 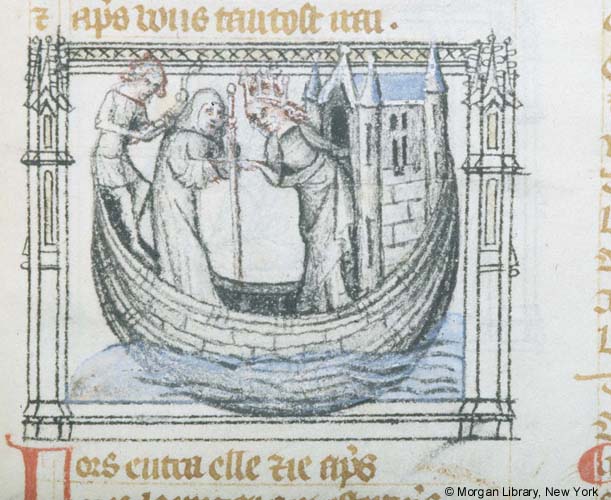 P³•lerinage: Scene, Pilgrim at Ship of Religion -- Floating on Sea of the World is Ship of Religion, upon which stand personification of Fear of God, holding mace in both hands, Pilgrim (Guillaume de Deguileville), wearing monk's habit and hood and holding pilgrim's staff with both hands, and God's Grace, crowned, standing in doorway of building on the ship and extending right hand to the Pilgrim.
Miniature executed in grisaille with color accents.