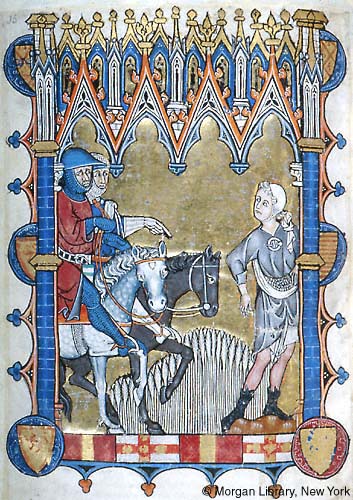 Christ: Flight into Egypt, Miracle of Cornfield -- Two soldiers, wearing armor, ride on bridled horses, including one as dappled; one points to grain where man, wearing cap, is sowing from seeds in bag suspended from neck.
Scene within Gothic architectural frame decorated with cusps of foliate terminals, six French heraldic escutcheons, including Count of Soissons (two) and Count of Grandpr³b (one), in medallions, and heraldic devices, including Hangest.