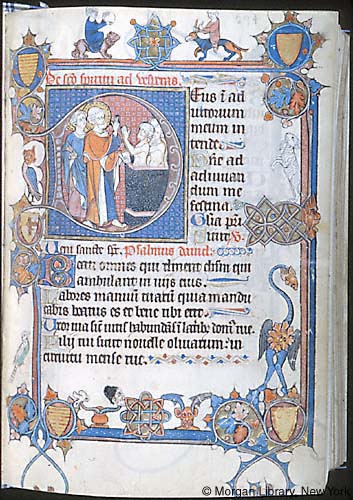 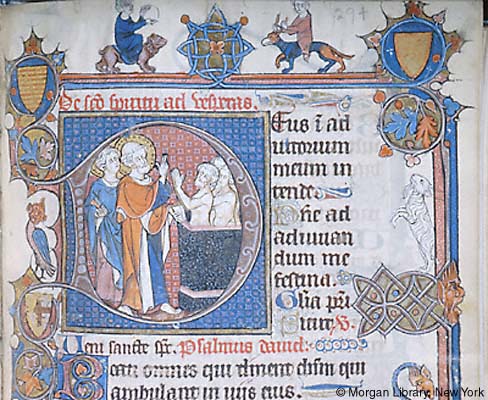 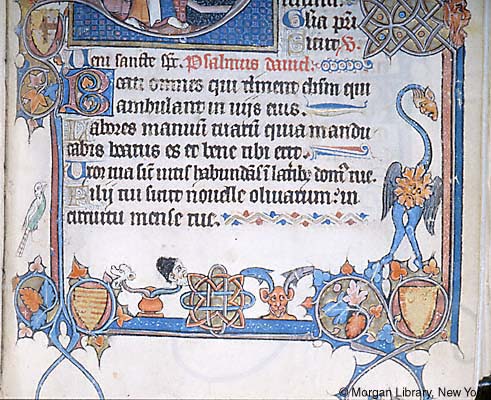 1) Apostle, Peter: baptizing -- In initial D decorated with geometric ornament and diapered backgrounds, an apostle, scalloped nimbus, holds a book with one strap in his right hand and stands behind tonsured Apostle Peter, pearled nimbus, with a book in his left hand and his right hand raised toward three nude men, including one with his joined hands raised in prayer, in a font.
2) Margins - Rectilinear bars decorated with interlace and foliage, enclosing five French heraldic shields, including Count of Grandpr³b (two), Hangest (one), and Count of Soissons (one), and inhabited by a woman holding an object, astride a lion confronting a hybrid man astride a hybrid animal (burlesque, riding) , a hybrid animal, a leaping goat, a bestial head, a hybrid man with foliate head,a hybrid animal with fish ears, a vase with animal and male heads, and a bird.