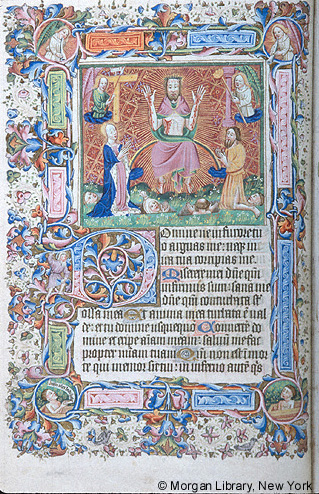 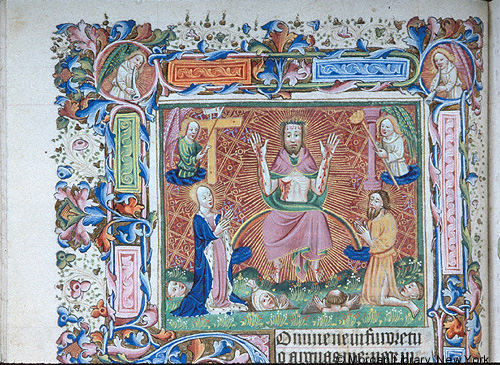 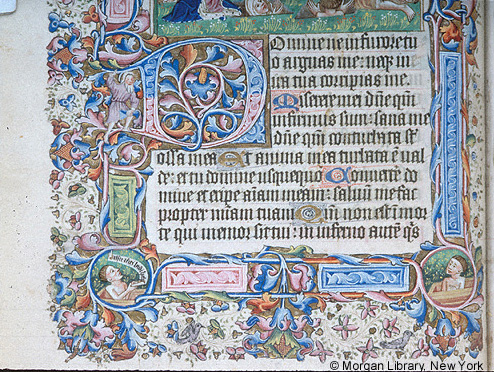 Christ: Last Judgment -- Christ, bleeding from head, wearing crown of thorns (?), His nude body draped with open mantle and his arms raised, is seated on rainbow arc amid rays and displays bleeding wounds in side, hands and feet. He is flanked above by half figures of two angels, one holding tau cross with titulus and spear, the other holding column and sponge on stick. He is flanked below by Virgin Mary, and Evangelist John, both with rays as nimbus, kneeling, and raising hands. Four elect, one with shroud knotted on head, and another with tonsure, emerge from holes in ground.
Scene has background of gold and red diaper, and foreground of green with flowering plants.
Margins decorated with border of foliate and floreate ornament inhabited by men and birds. Within border, medallions enclosing angels blowing horns, and two souls, both emerging from sarcophagi, one on left holding scroll inscribed IH(ES)U UIRI ....