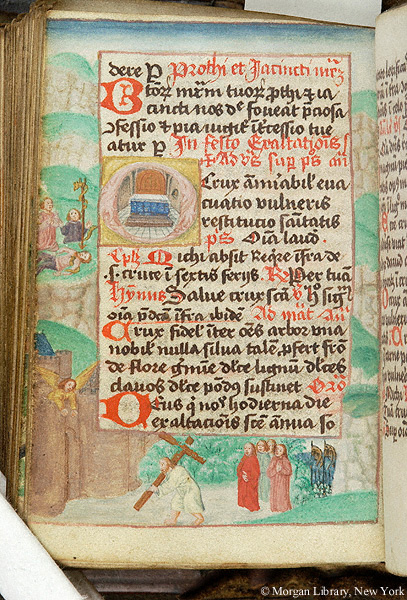 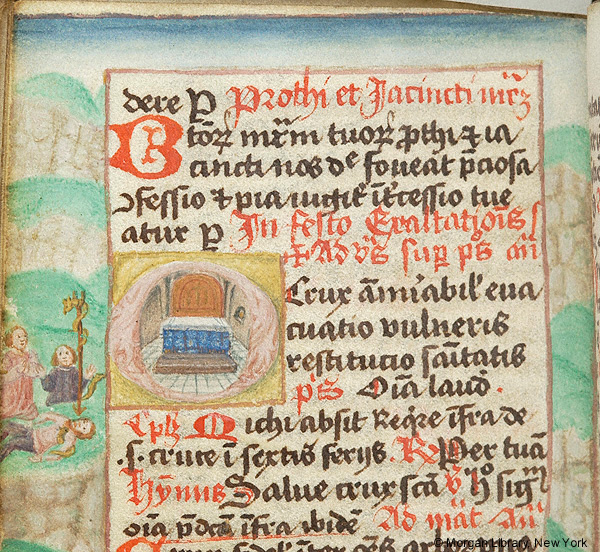 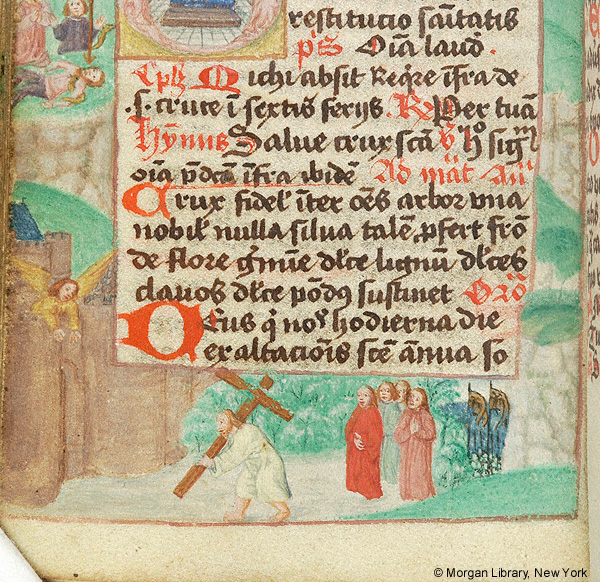 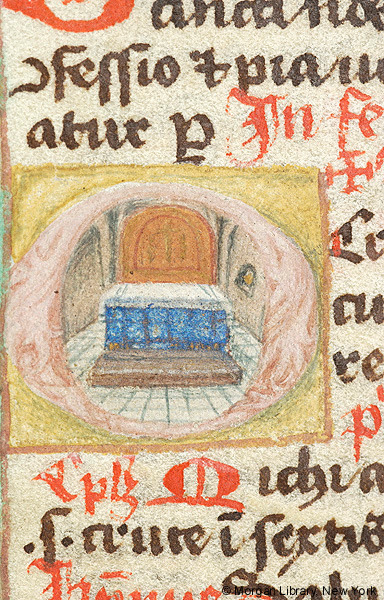 Draped altar with retable depicting Crucifixion, with cross flanked by Virgin Mary (?) and Evangelist John (?); all enclosed in decorated initial O.
In left margin:
Moses: Serpent of Brass -- Two men, one kneeling with joined hands raised and the other, possibly Moses, with hands orant, are beside forked pole, upon which is brazen serpent. On ground before them is man, with serpent biting at his neck.
In lower margin:
Heraclius: Scene, bringing Cross to Jerusalem -- Angel atop walls of city of Jerusalem, gestures toward Heraclius, carrying cross on right shoulder toward the city. Behind him are four men, including one with joined hands raised. In distance are helmeted soldiers with banners.