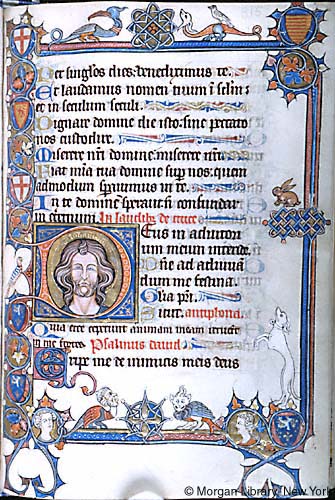 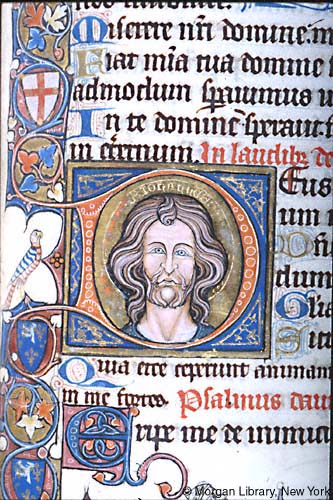 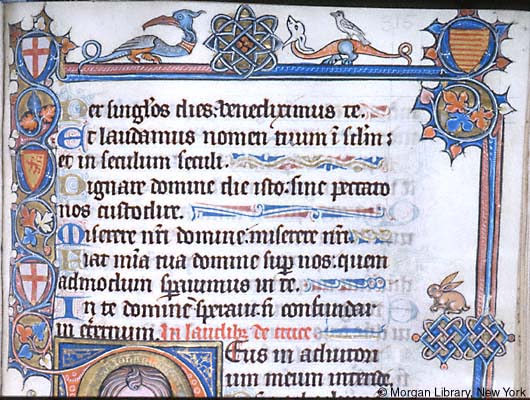 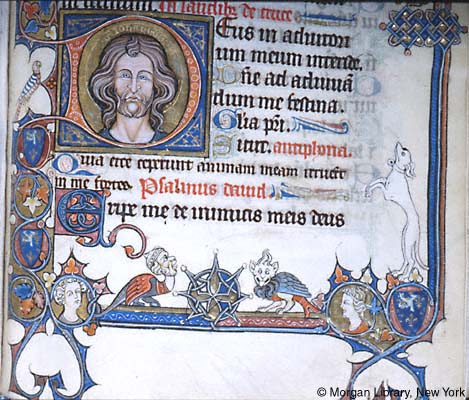 1) In initial D, decorated with geometric ornament and foliate spandrels, appears a bust of bearded Evangelist John whose nimbus is inscribed with his name, S. IOHANNES.
2) Margins - Rectilinear bars decorated with interlace and foliage, enclosing seven French heraldic shields, including Hangest (two), Count of Soissons (one), Count of Grandpr³b (one), and Moreuil (three), and two heads of youths, including one in profile, wearing headband, and inhabited by a hybrid bird confronting a hybrid animal, a rabbit, a dog with a bell collar, a hybrid man confronting a hybrid animal, and two birds.