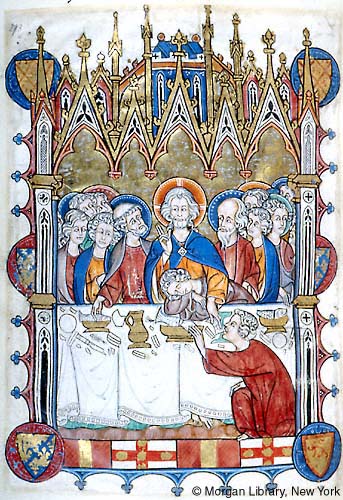 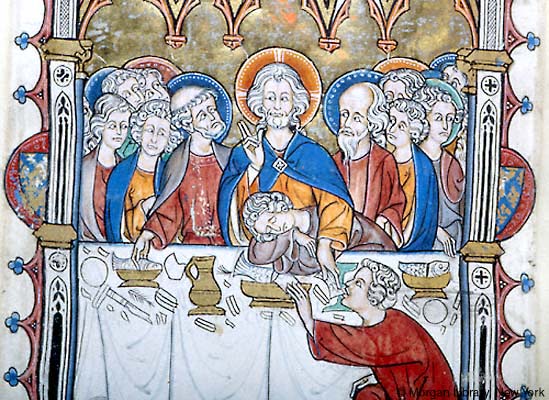 Christ: Last Supper -- Christ, cross-nimbed, is flanked by two groups of six apostles, including tonsured Peter and bearded, bald Paul, both nimbed; some are nimbed; all are seated behind a draped table laden with food including fish, vessels, a pitcher, and a knife. Peter grasps a fish. Evangelist John rests on his arms on the table and leans against the breast of Christ, who raises His right hand in blessing, and extends food to the mouth of Judas kneeling in front of the table; Judas grasps with his left hand a portion of food on the table. Scene within Gothic architectural frame decorated with cusps of folate terminals, and six French heraldic shields, including Moreuil (three) and Count of Soissons (one), in medallions, and heraldic devices, including Hangest.