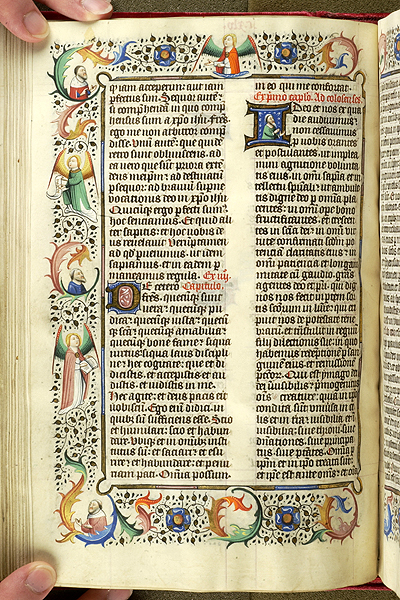 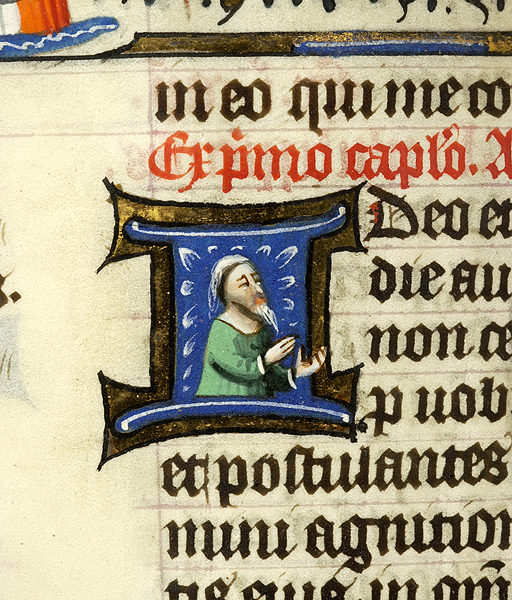 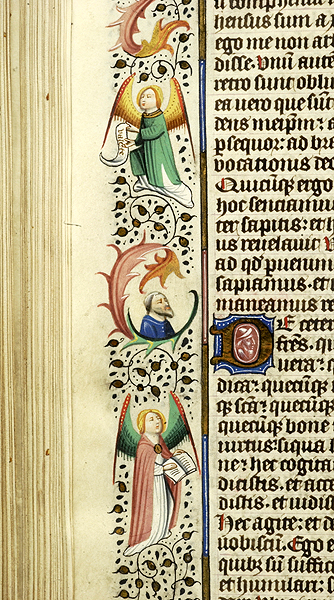 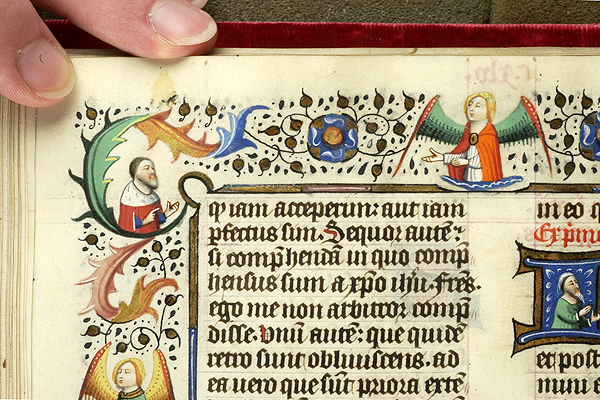 Initial D enclosing head of man, wearing hat, at beginning of Letter of Paul to the Phillipians IV. Initial I enclosing half figure of man, gesturing. Decorated initial at beginning of Colossians I. Margins decorated on three sides with scrolling floreate and foliate decoration, inhabited by bust of man amid foliage, flanked above and below by angels, one holding scroll inscribed VALETE, and the other holding open book with pseudo-inscriptions (left); half figure of angel, emerging from clouds, gesturing (upper); half figures of men, gesturing, amid foliage (upper and lower left).