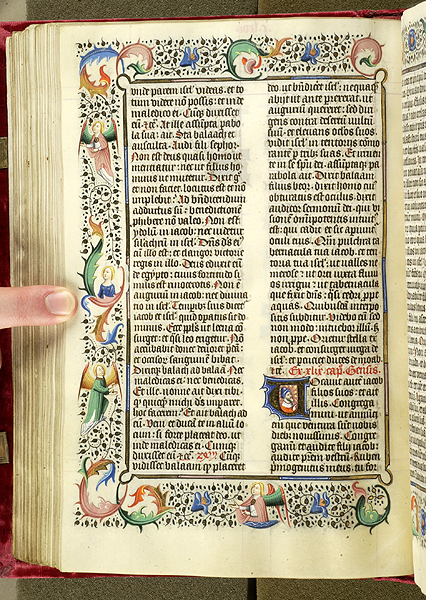 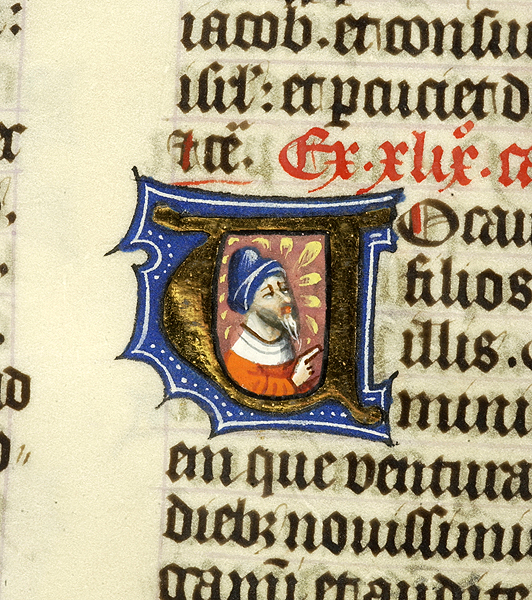 Initial U enclosing half figure of bearded man, wearing hat, with right forefinger raised, at beginning of Lesson at Genesis 49. Margins decorated on three sides with scrolling floreate and foliate decoration, inhabited by half figure woman amid foliage, flanked above and below by angels, partly kneeling, and gesturing (left); half figure of angel, emerging from cloud, gesturing (lower).