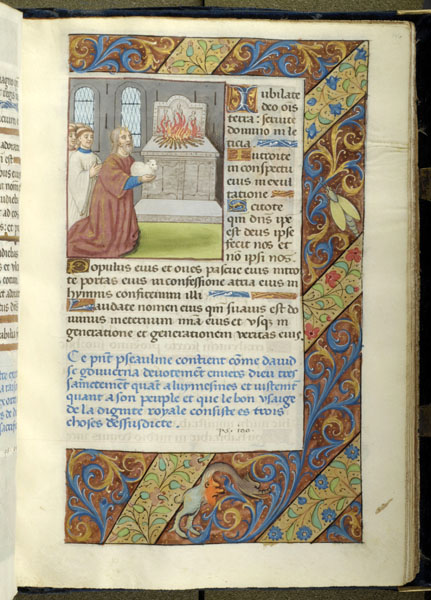 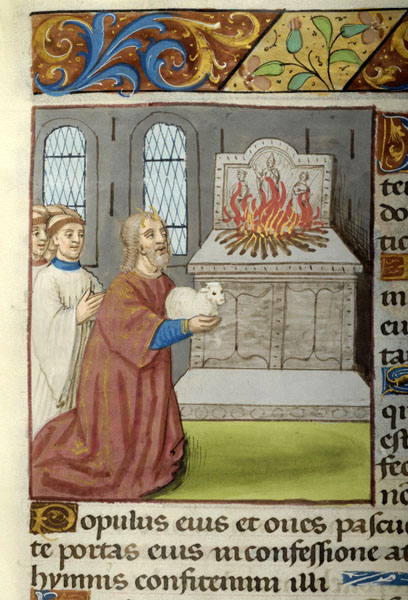 Psalm 100 (Vulg., 099) -- Group of tonsured clerics (most with only tops of heads visible), the foremost of which kneels with joined hands raised, are behind horned hoses, kneeling and holding lamb in his arms. At right is altar, upon which is fire and retable with three figures. Scene in room with two windows.
Margin is decorated with foliate border, inhabited by dragonfly and by fantastic animal.