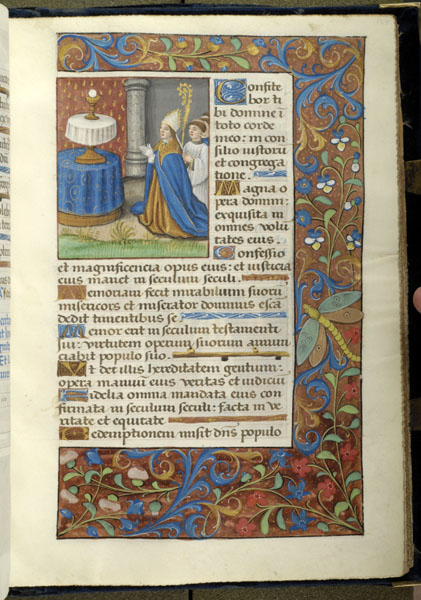 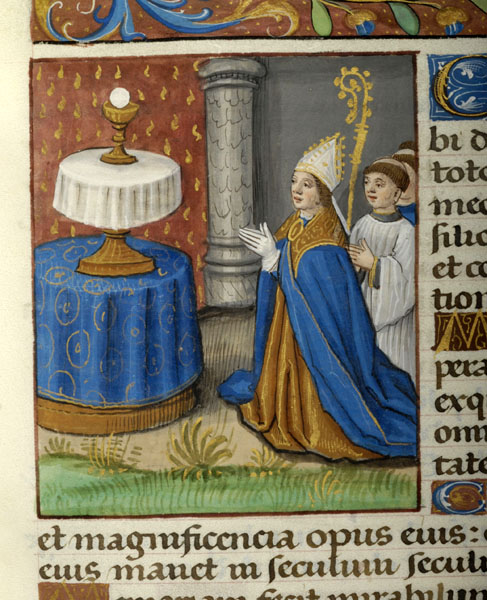 Psalm 111 (Vulg., 110) -- Bishop, wearing miter, kneels with joined hands raised beside crozier and in front of group of tonsured clerics, the foremost of which is kneeling with joined hands raised. At left is draped table, upon which is second draped table, upon which is chalice with wafer. Scene in room decorated with curtain.
Margin is decorated with foliate border, including violas, thistles, and grapevines, inhabited by dragonfly.