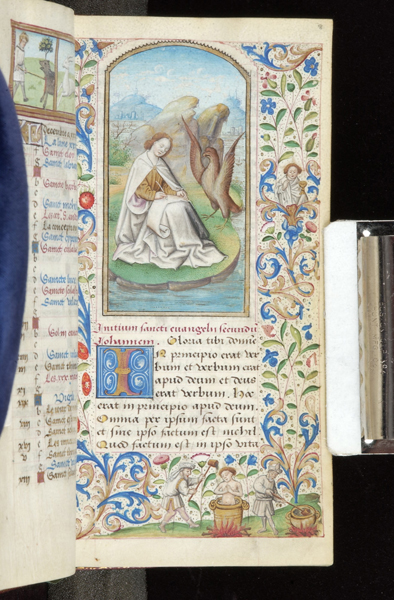 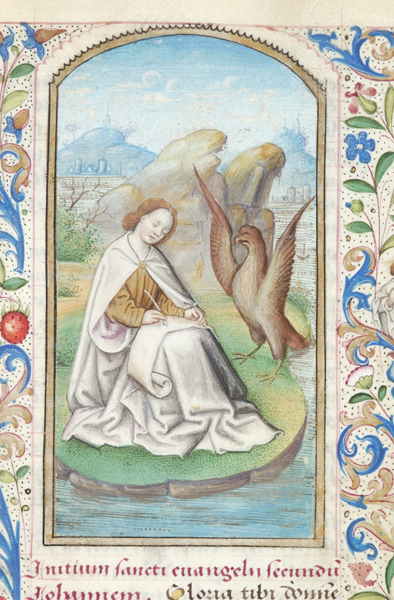 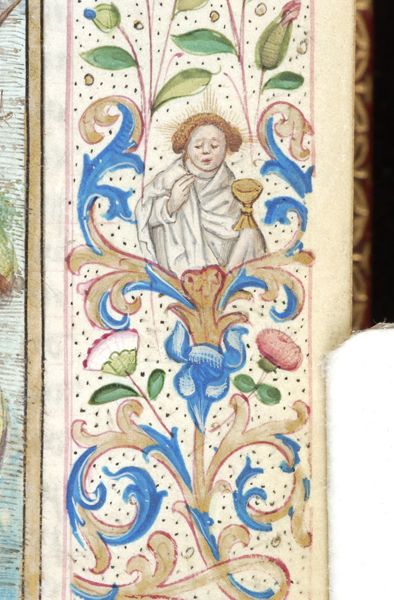 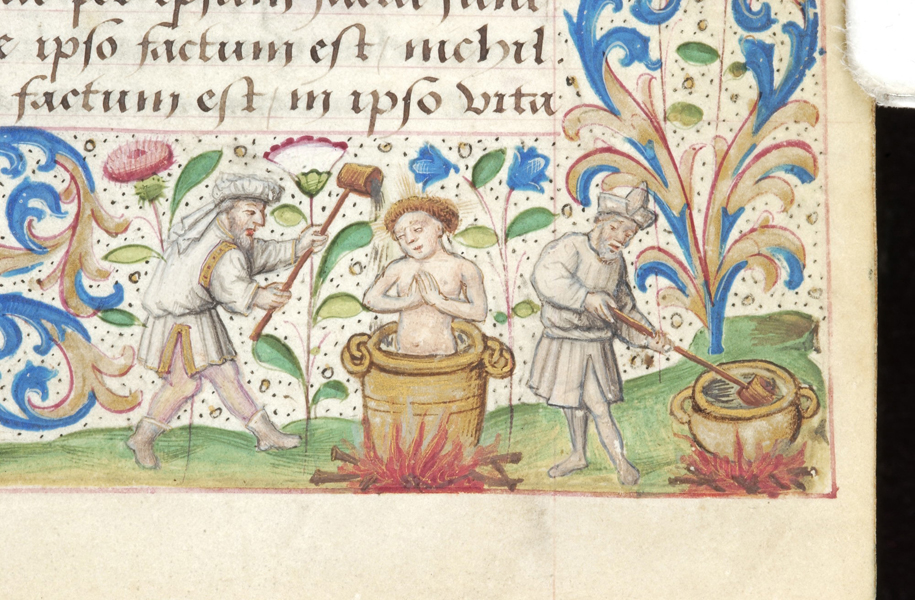 Evangelist, John: Scene, on Patmos -- Evangelist John, holding pen in right hand, writes on scroll on his lap. Beside him is his symbol (eagle). Figures are on island, with landscape setting in background.
Evangelist, John: boiled in Oil -- In lower margin, John nude, with joined hands raised, in pot, under which is fire. He is flanked by men, wearing headgear, one of which pours water from laddle and the other dips laddle in second pot, under which is fire.
In right margin, half figure of John, rays as nimbus, raising right hand in gesture of blessing, holds goblet in draped left hand.
Margins are decorated with foleate border, including thistles, roses, daisies, and strawberries.