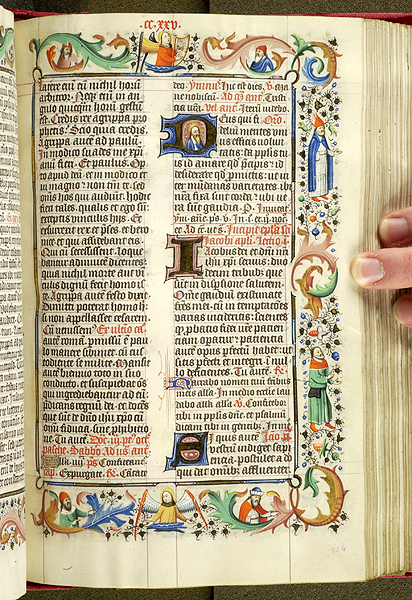 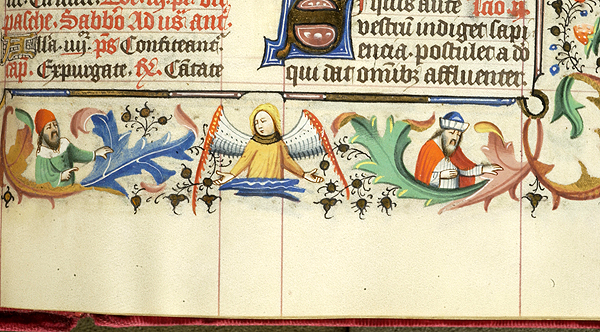 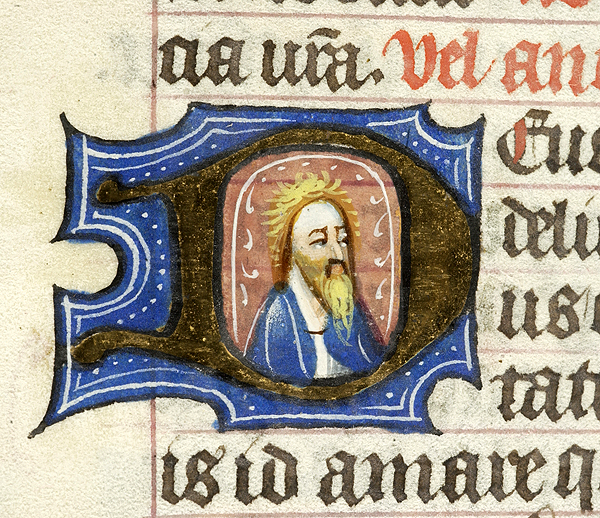 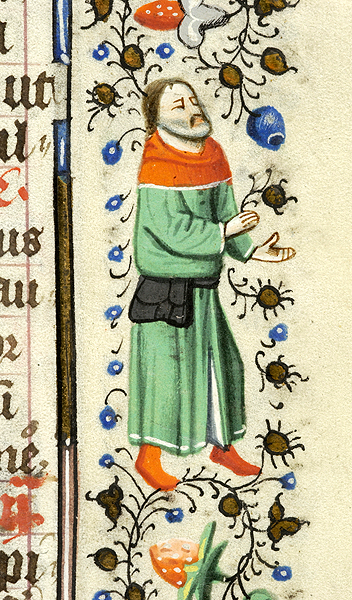 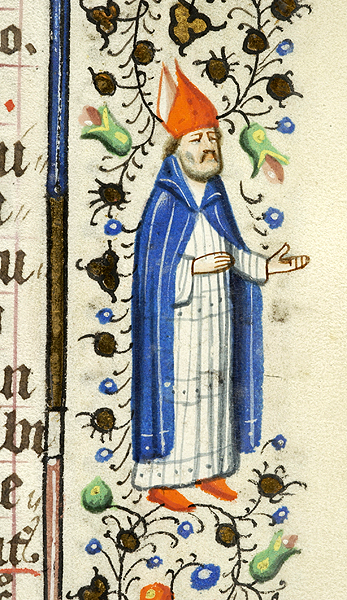 Initial D enclosing bust of man, at beginning of Collect for Vespers on Third Sunday after Octave of Easter. Margins decorated on three sides with scrolling floreate and foliate decoration, inhabited by half figure of angel, emerging from cloud, playing harp, flanked by busts of two man, wearing hats, amid foliage (upper); among two men, one mitered bishop and one with purse tied to belt, both gesturing (right); and half figure of angel, emerging from cloud, gesturing, flanked by half figures of men, wearing hats and both gesturing amid foliage (lower).