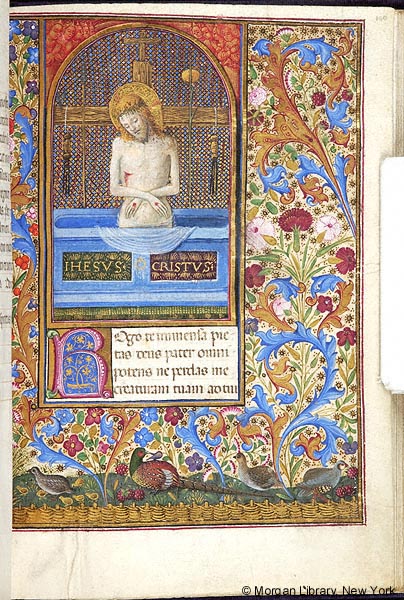 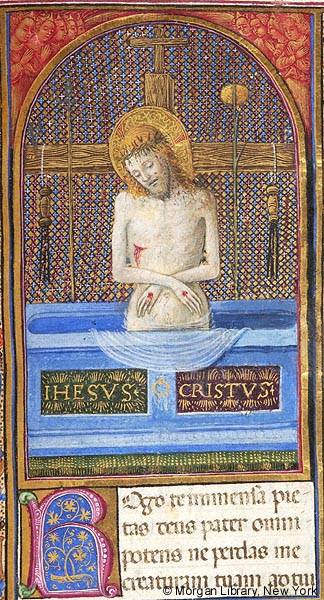 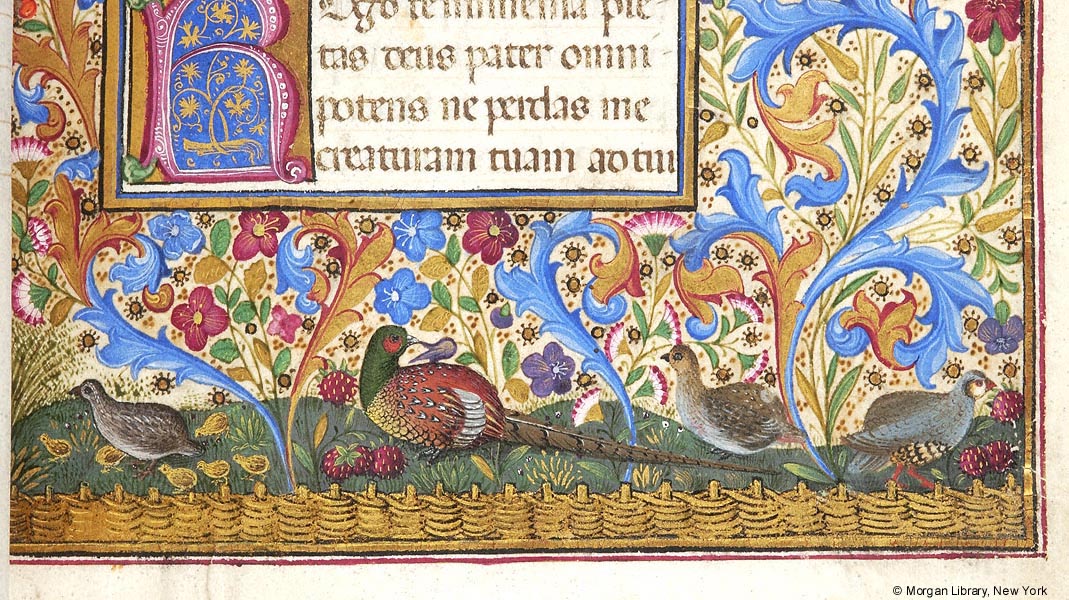 Christ: of Sorrows -- Half figure of Christ, decorated crossed nimbus, with crown of thorns, head inclined, wearing loincloth, arms crossed at wrist on abdomen, bleeding from wounds, appears in sarcophagus, draped at front edge, and inscribed IHESVS CRISTVS. Behind Him is cross surmounted by cross; He is flanked by two scourges hanging from cross arms, and by spear and branch on which is sponge.
Margins decorated with border of floreate ornament including pinks and roses, and inhabited by three partridge, one with six chicks, and pheasant.