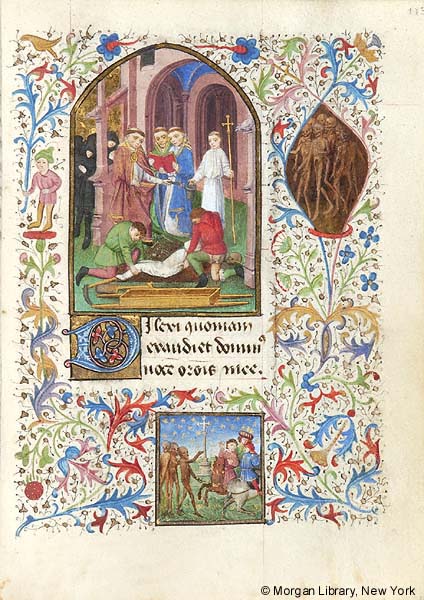 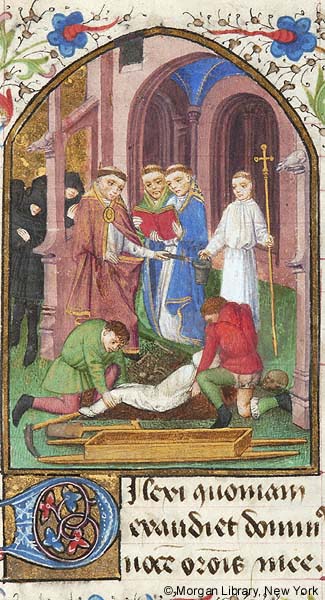 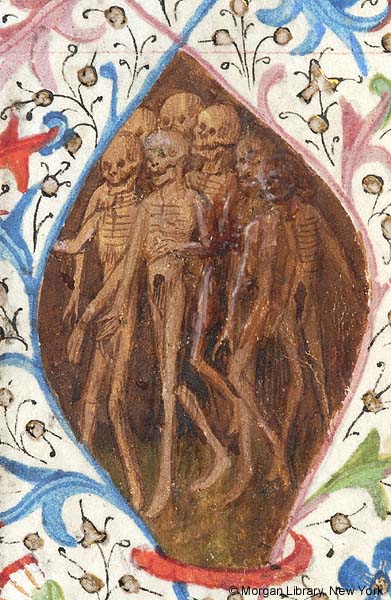 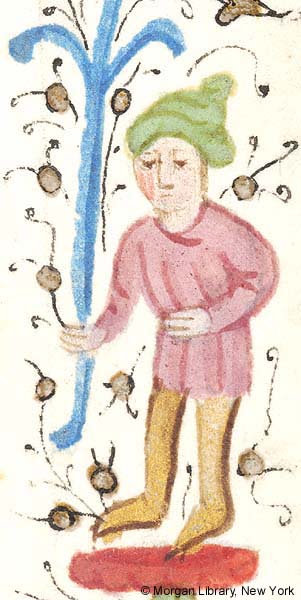 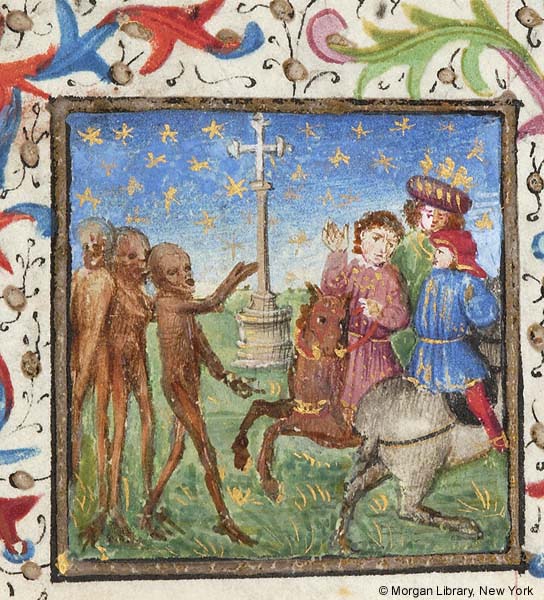 Miniature:
Scene, Liturgical: Obsequies -- Two men lower shrouded body into grave. In foreground are casket or box, with two poles for carrying, shovel, and mattock. Behind grave is pile of dirt with bones. Next to grave stand three clerics, tonsured. One holds aspergil, two, together, hold open book. Acolyte, tonsured, holds situla in right hand and processional cross with left hand. At left are four (?) mourners, in black, wearing hoods, two with joined hands.
Scene next to building with windows and decorated with two gargoyles.
Margin, right:
Seven skeletons in lozenge.
Margin, lower:
Legend, Three Living and Dead -- Three corpses look, and one gestures, toward three men on horseback opposite. One horseman raises right hand and looks away, the second, with his back turned, looks back over his left shoulder and the third glances back. Processional cross in stepped base is in background.
Scene in grassy landscape beneath blue sky with stars.
Margins decorated with rectilinear frame around miniature and text, and with border of floreate and foliate ornament inhabited by man wearing hat.