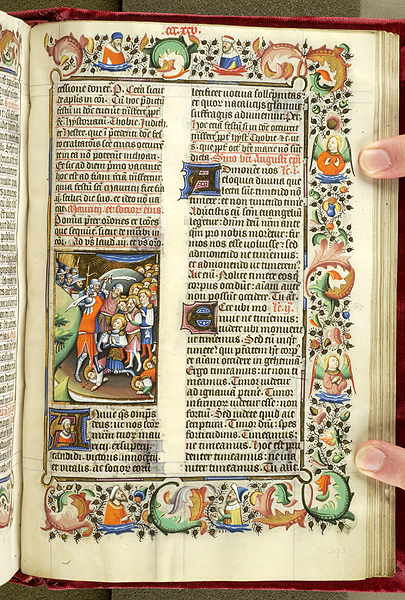 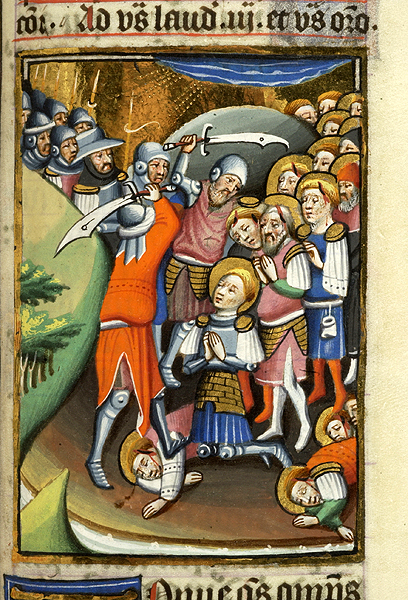 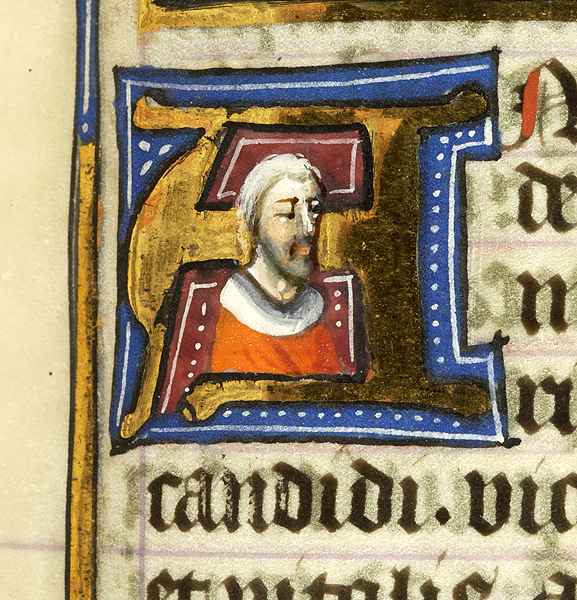 Miniature, column, right: Maurice of Agaunum: Scene, Martyrdom -- Beneath cloudy arc of heaven emitting rays, one of two executioners, wearing helmets and armor, both raising scimitars over kneeling Maurice of Agaunum, nimbed, wearing armor and epaulettes, with joined hands raised, accompanied by group of mostly wounded companions of the Theban Legion (most with only heads visible), approximately eight nimbed, and at least four lying trampled on ground. In background left, group of helmeted soldiers, many carrying spears. Scene in hilly landscape and against gold sky. Miniature at beginning of Collect and continuing to First Lesson for Feast of Maurice of Agaunum (09.22). Initial A enclosing bust of man. Margins decorated on three sides with scrolling floreate and foliate decoration, including strawberry, inhabited by pairs of half figures of men, wearing hats, some gesturing, all emerging from clouds (upper and lower); and half figures of two angels, one gesturing and one with joined hands raised, emerging from clouds (right).