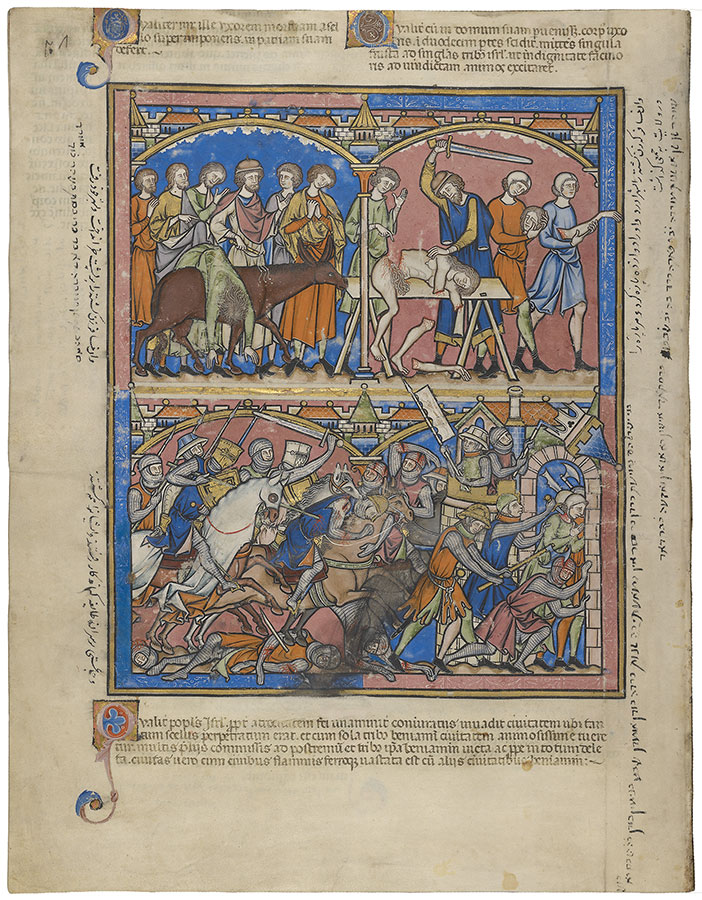 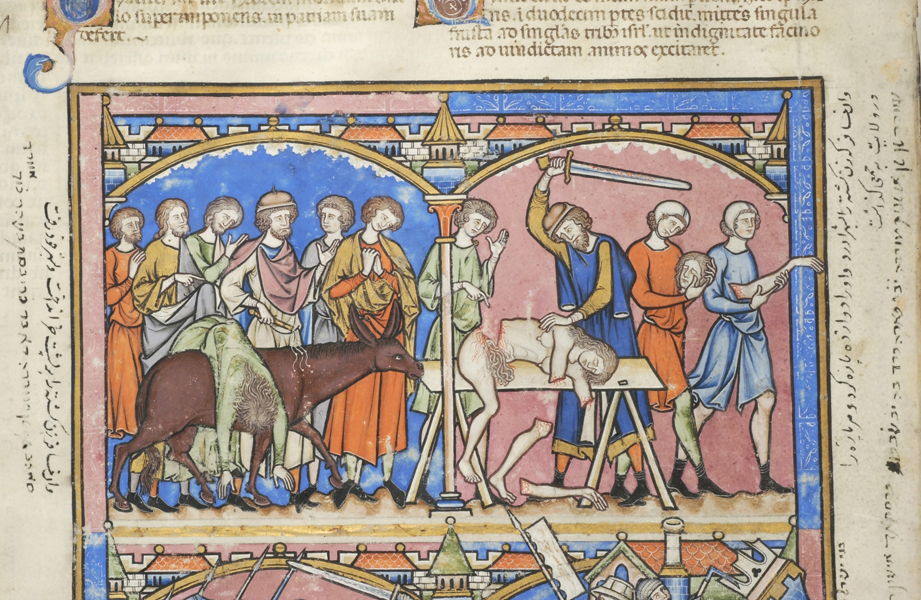 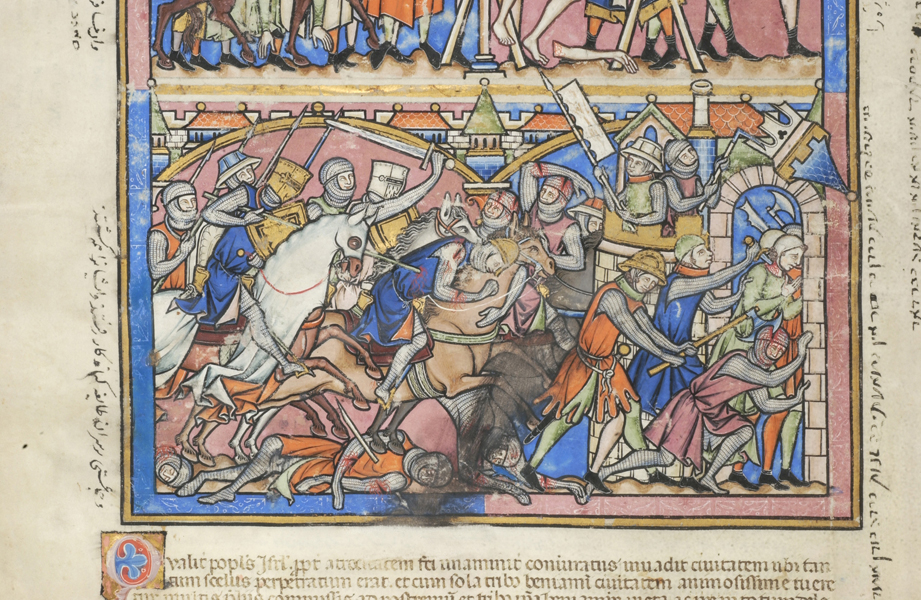 Zone 1:
1) Levite: returning with Dead Concubine -- Dead concubine hangs over back of ass; five men, including one pointing and another with clasped hands, flank Levite, wearing cap, holding scourge, goading the ass. Illustration of Judges 19:28.
2) Levite: dividing Concubine -- Levite, wearing cap, raises sword in right hand and places left hand on nude corpse of concubine, on table, with her waist severed, spilling entrails, and her severed arm and leg fallen to ground. One of three men points to the concubine; two carry severed head and arm of the concubine. Illustration of Judges 19:29.
Zone 2:
Israelite: Battle against Benjamites -- Israelites, in mail, are armed with lances, shields (some heraldic, or an orle sable), sword, axes, dagger, and notched falchion; two wear visors; some are mounted on horses, one caparisoned. They battle and attack Benjamites outside city of Gibeah; on the wall, one of two soldiers holds bannered spear, and the other with pick-axe topples roof of tower. Illustration of Judges 20:30-46.
Scenes with architectural frames.