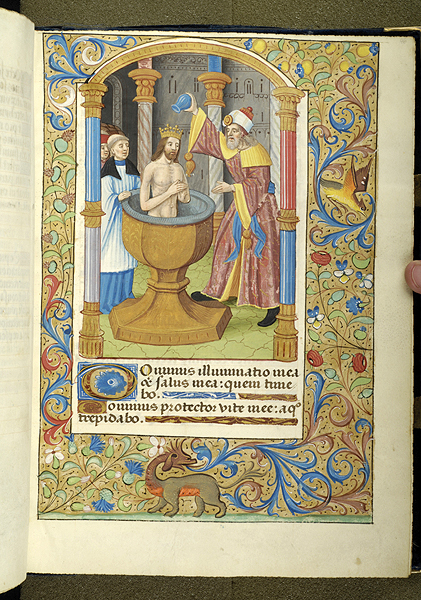 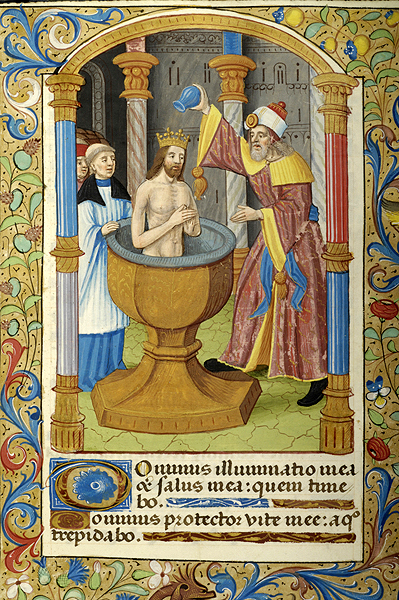 Psalm 027 (Vulg., 026) -- David, crowned, nude, with joined hands raised, is in baptismal font. He is flanked by cleric, tonsured, and by Samuel, wearing hat, holding jar over David's head, and extending left hand. In background in group of figures, most with alny tops of heads visible.
Scene in room with two columns and portal and within architectural frame.
Margin is decorated with foliate border, including cornflowers, roses, and violas, inhabited by fantastic animal and bird.