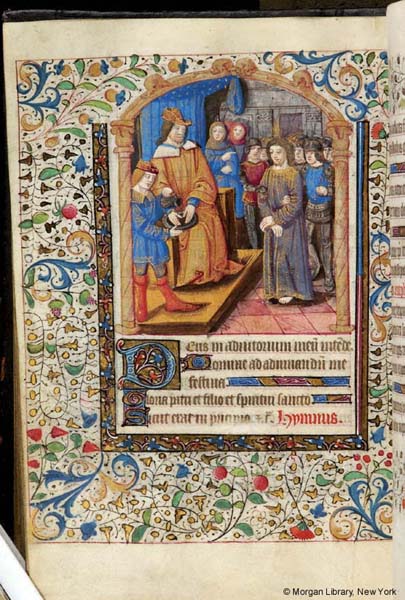 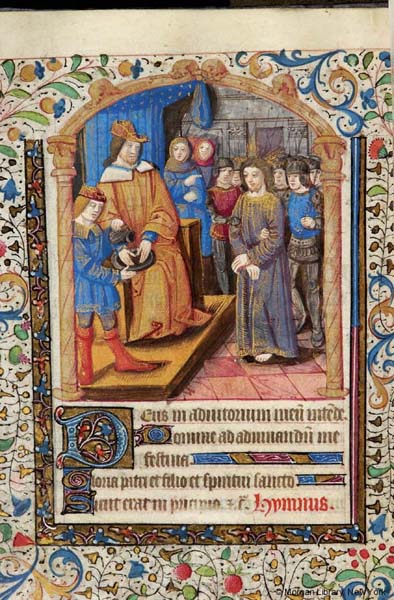 Christ: before Pilate and Pilate: washing Hands -- Pilate, wearing hat, sits on canopied throne on raised dais and washing his hands with basin and pitcher held by youth, wearing hat. Before Pilate stands Christ, with crossed rays as nimbus, with his hands bound and his arms held by helmeted soldiers. Other soldiers and two hooded men, one pointing toward the Christ, witness the scene. Miniature framed by columns.
Margins with foliate ornament, including strawberries.