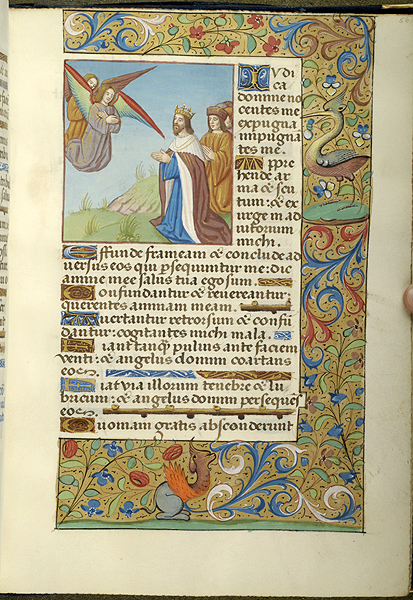 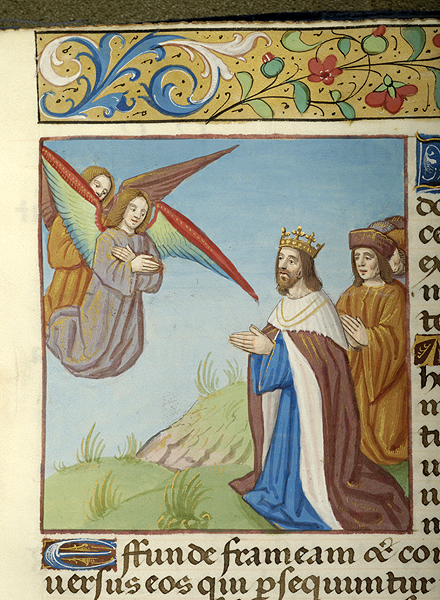 Psalm 035 (Vulg., 034) -- Of two angels in the sky, one has hands crossed. Below is David, crowned, kneeling with joined hands raised. Behind him is man, wearing hat, kneeling with joined hands raised, and group of figures (with only tops of heads visible). Scene in landscape setting.
Margin is decorated with foliate border, including roses and violas.