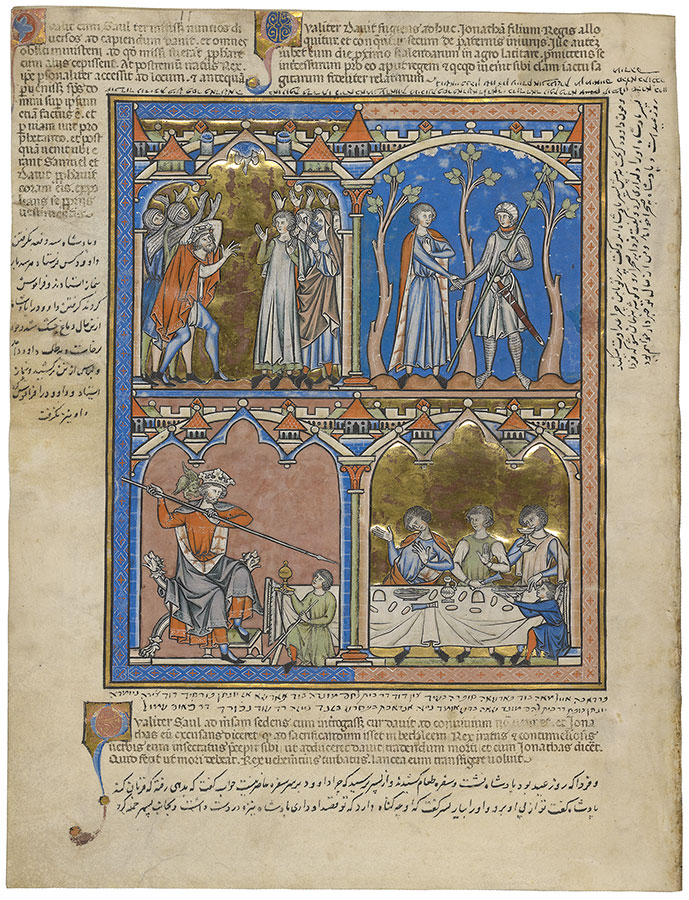 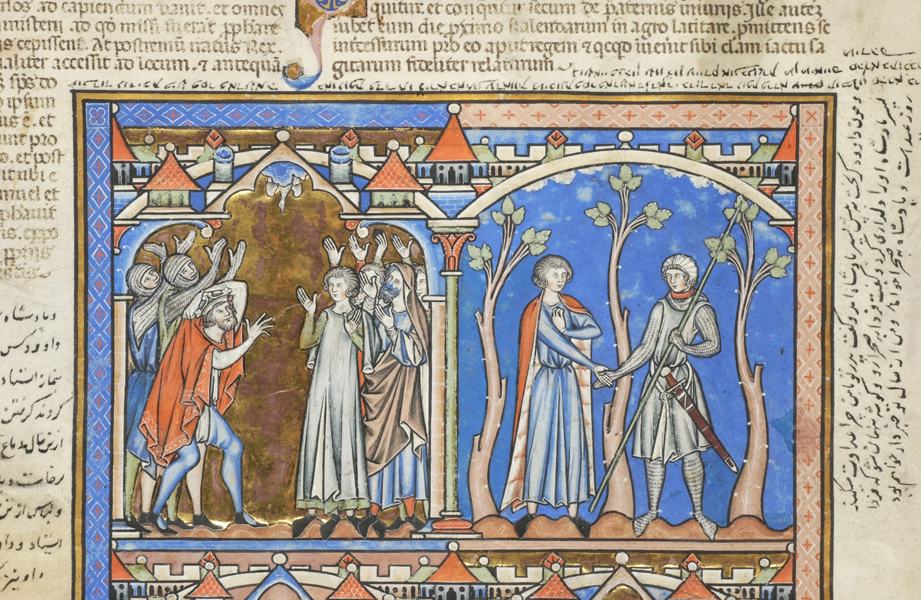 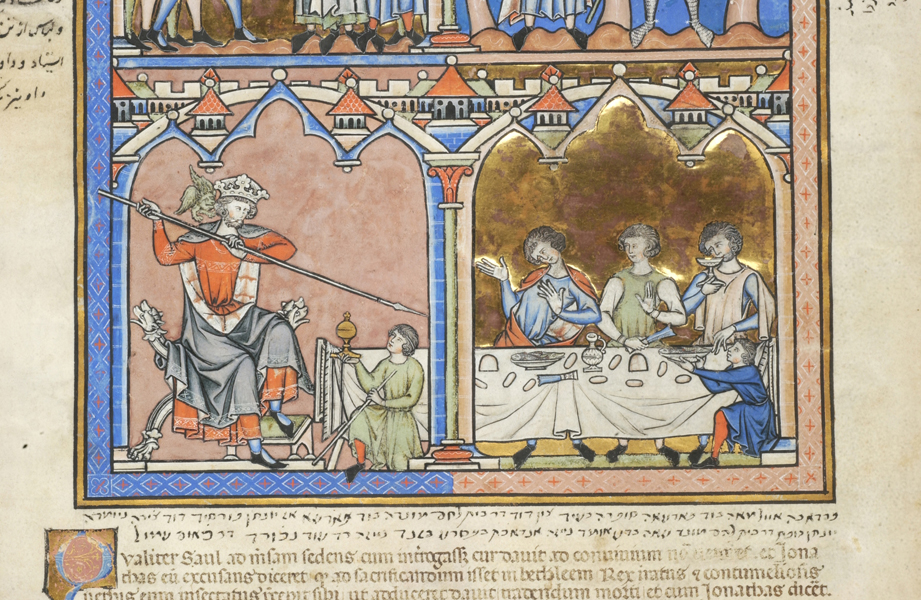 Zone 1:
1) David: Saul among Prophets (Saul prophesying) -- Two soldiers in mail, with hands raised, stand behind Saul, crowned, stripping off clothes with his left hand. He raises right hand toward David, Samuel with head draped, and three prophets, all with hands raised. Dove of Holy Ghost descends from cloud. Illustration of I Samuel 19:24.
2) David and Jonathan: consulting -- Jonathan with right hand grasps right hand of David in mail, armed with sword at waist and spear; three trees in background. Illustration of I Samuel 20:1-23.
Zone 2:
Saul: David's Place empty, and Saul: hurling Javelin at Jonathan -- Winged horned green devil (gryllus) hovers above shoulder of Saul, crowned, seated on draped animal faldstool with footstool. He aims javelin at Jonathan, shrinking back and raising hands, seated at right of empty place of David and beside two companions, one holding knife and one holding cup, at table on which are loaves, knife, pitcher, and bowl of fish. One of two servants kneels before Saul, with staff in left hand, and ciborium in right hand; the other kneels, offering dish of fish. Illustration of I Samuel 20:24-28, and I Samuel 20:33.
Scenes with architectural frames.