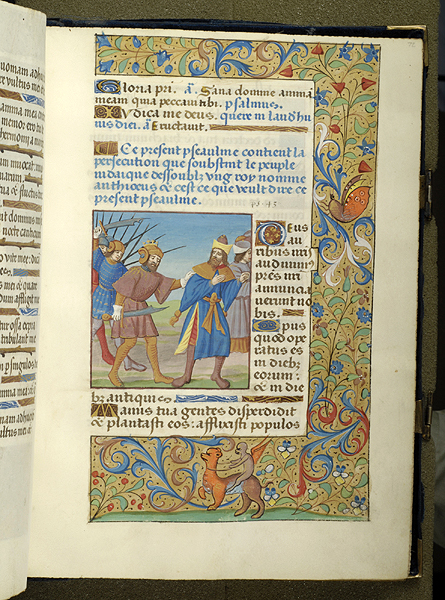 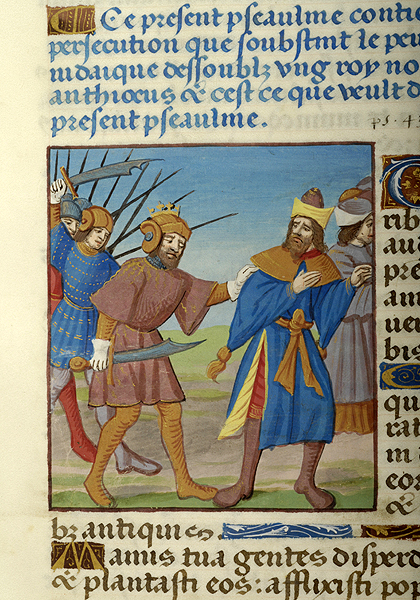 Psalm 044 (Vulg., 043) -- Group of soldiers (only tops of heads and spears visible), stand behind soldier, raising scimitar in right hand. He is behind Antiochus IV, wearing crown and helmet, holding scimitar in right hand and with left hand touching back of man, wearing hat, raising hands. At right is group of four men, all wearing hats, three with only tops of heads visible.
Margin is decorated with foliate border, including violas, inhabited by moth and by winged monkey mounted on fantastic animal.