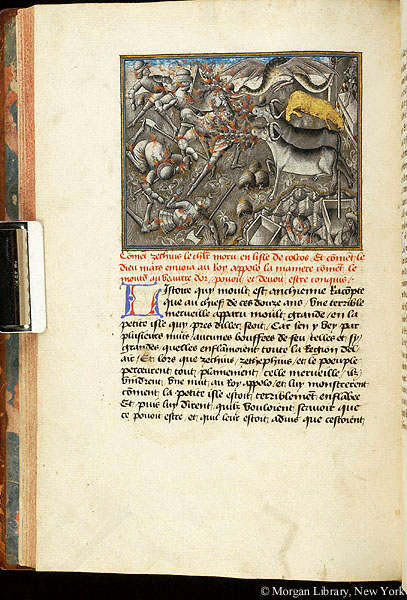 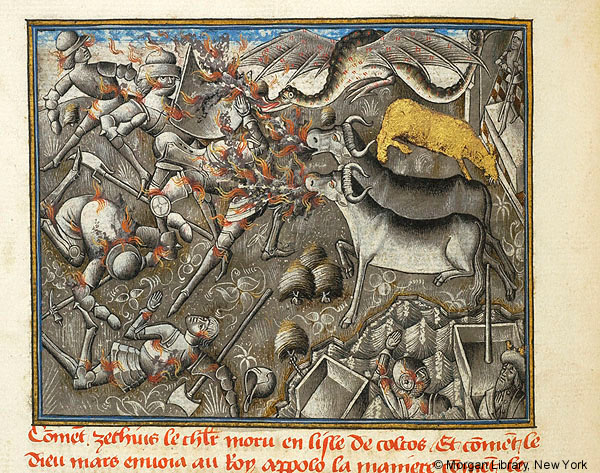 Legend, Argonauts: Mars telling Appollo how to capture Golden Fleece -- King Appollo of Colchis, wearing crown, stands with Mars, wearing helmet and armor with flames, with right hand indicating scene above:
Helmeted soldiers, on fire, fall to ground amid weapons, including halberds. Two other helmeted soldiers, including one holding shield, both on fire, stand, flinching, before two oxen, with flames emitting from their mouths, and winged dragon, also possibly breathing fire. Between the oxen and the dragon is golden fleece. In top right corner is temple of Mars, with statue of Mars, wearing helmet and armor, on top of altar.