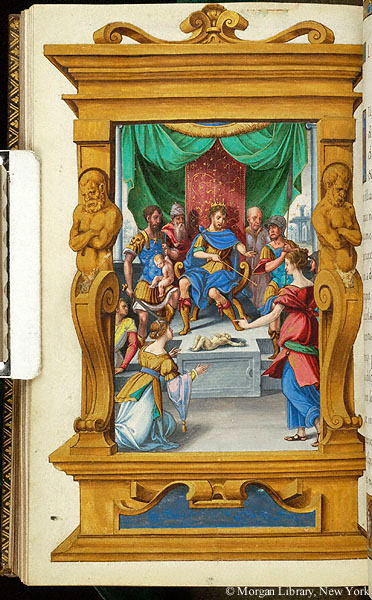 Solomon: Judgment -- Two women, including one kneeling, both gesturing, are before Solomon, crowned, gesturing and holding scepter, seated on throne beneath canopy on raised dais, upon which lies dead infant. Flanking Solomon are three men, including one wearing hat, and three soldiers, including one holding sword in right hand and infant by the arm in left hand; and by two wearing helmets, one with separ. Classical ruins in background.
Miniature enclosed in architectural frame composed of pilasters with carved figures and other classical elements.