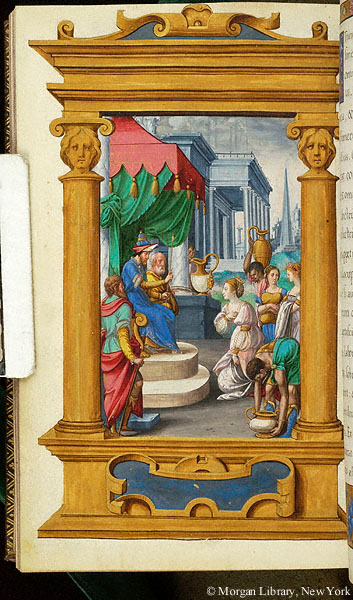 Solomon: visited by Queen of Sheba -- Solomon, crowned, holding scepter in left hand and with right hand raised, flanked by two men, sits on throne on raised dais beneath canopy with hanging tassels and curtains. Before him kneels Queen of Sheba, crowned, with two maids standing behind her. Two men, one carrying pitcher on his shoulders and the other bending with his hands on two-handled vessel on the ground, flank the women. Behind column in background is man beside another pitcher. City with classical buildings in background.
Miniature enclosed in architectural frame composed of columns and other classical elements.